Dr. Biocca is the SBC Chair of Telecommunication, Information, and Media. He directs the networked Media Interface and Network Design (M.I.N.D.) Lab. Dr. Biocca is interested in how mind and media can be coupled to extend human cognition and enhance human performance. His current projects include research on the psychology of presence in virtual environments, spatial cognition and information organization in high-bandwidth and mobile system collaborative augmented reality systems, and work on adapting interfaces to cognitive styles and sub-cultural differences. Among his books is the award winning, Communication in the Age of Virtual Reality.

Dr. Biocca has patents on augmented reality technology, over 150 publications, and participated in the introduction of the first portable computer. Dr. Biocca is on the editorial board of several journals including MIT Presence: Teleoperators and Virtual Environments, Journal of Communication, Media Psychology, the Journal of Computer-Mediated Communication, and other international journals. Dr. Biocca has been a professor, researcher, or lecturer at the University of California-Berkeley, Stanford, University of North Carolina, and University of Wisconsin. 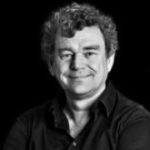 Dr. Paul F.M.J. Verschure is a Research Professor with the Catalan Institute of Advanced Studies, Director of the Synthetic Perceptive, Emotive and Cognitive Systems Laboratory (specs-lab.com) at the Barcelona Institute of Science and Technology and the Institute for Bioengineering of Catalunya. Paul has received his MA and Ph.D. in Psychology and pursued his research at different leading international institutes: The Neurosciences Institute and The Salk Institute, both in San Diego, the Univ. of Amsterdam, Univ. of Zurich and the Swiss Federal Institute of Technology-ETH.

Paul’s research spans Neuroscience, Cognitive Science, Robotics, Artificial Intelligence, Virtual and Mixed Reality, and the application areas of Neurorehabilitation, Education, and Cultural Heritage. His scientific aim is to develop a unified theory of mind and brain, to validate this theory using empirical and synthetic methods and by applying it to technologies that support and advance the human condition. 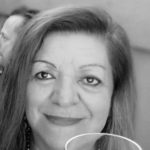 Currently its main areas of interest, focus on the incorporation of advanced technologies into psychological treatments, such as: modalities of online psychotherapy, use of virtual reality for the treatment of anxiety and obesity disorders and tele-psychology programs. She has been consultant to start-up companies in this field as well as in the design of new degrees’ curricular programs linkage with new technologies. Published over 100 articles, as well as editorial member and associate editor of national and international journals. 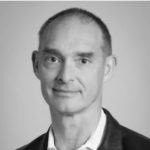 Michel Wedel is the Pepsico Chaired Professor of Consumer Science at the Robert H. Smith School of Business, and a Distinguished University Professor, at the University of Maryland. He holds the Henri Theil Visiting Chair in Marketing and Econometric at the Econometric Institute of the Erasmus University.

Wedel has improved the understanding of consumer behavior and marketing decision making through the development and application of statistical and econometric methods. He is a pioneer and leading expert in the development of methods for response-based market segmentation, and for the analysis of eye movements to improve visual marketing. Wedel published three books, seven software packages, more than 175 peer reviewed articles, and over 20 book chapters. His work has been cited over 20,000 times. He has been ranked the most productive marketing researcher in the world. Wedel has consulted for companies like Procter & Gamble, Mars, Unilever, Daimler, McKinsey, Nielsen, Gfk, In4mation Insights and TNS. 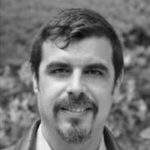 Riccardo Barbieri is Associate Professor at the Politecnico di Milano.  Before coming to Politecnico in 2015, he was a faculty member at the Harvard Medical School, the Massachusetts General Hospital, and the Massachusetts Institute of Technology. He earned the M.S. degree in Electrical Engineering from the University of Rome “La Sapienza”, Rome, Italy, in 1992, and the Ph.D. in Biomedical Engineering from Boston University, Boston, MA, in 1998.

Prof. Barbieri’s broad research interests are in the development of signal processing algorithms for the analysis of biological systems. He has focused his studies on computational modeling of neural information encoding, and on application of advanced nonlinear and multivariate statistical models to characterize heart rate variability and cardiovascular control dynamics. He is author of more than 150 peer-reviewed publications in these fields since 1994. Prof. Barbieri is a Member of the American Association for the Advancement of Science, the European Society of Hypertension, the Society for Neuroscience, and Senior Member of IEEE and the Engineering in Medicine and Biology Society. 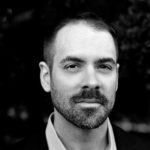 Michael Madary is an internationally-recognized expert and foundational figure in the ethics of immersive technology.  In 2016, Madary and Thomas Metzinger published the first code of ethics for research and consumer use of virtual reality.  The code covers the psychological and neurological risks that might be associated with the technology and has already had great impact, including widespread media attention.

In addition to his work on the ethics of emerging technology, Madary has published widely on the topic of visual perception from an interdisciplinary perspective.  His recent book, Visual Phenomenology (MIT Press, 2016), offers a synthesis of philosophical, psychological, and neuroscientific evidence to make the case that human vision is essentially anticipatory.

Madary is currently a Visiting Assistant Professor in the Department of Philosophy at Tulane University in New Orleans.  Prior to taking this position, Madary collaborated on a number of international research projects, including Virtual Embodiment and Robotic Re-Embodiment (VERE) based in Mainz, Germany, and Consciousness in Interaction (CONTACT) based in Bristol, England.