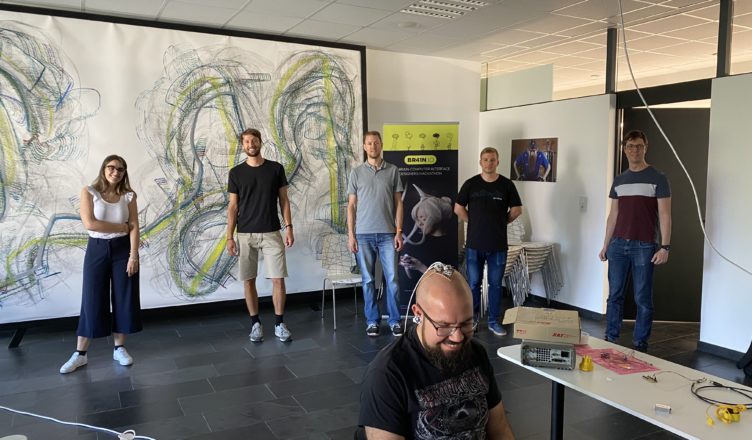 Matilde Dirodi and Leo Schreiner participate in the testing of the wirelss Pangolin-receiver, a receiving station of wireless transmitted EEG developed by g.Tech.

The pangolin project is an art x tech x science collaboration foccussed on both the BCI and also on exploring data visualisation in new ways, from the fashion aspect. The model wears a custom created BCI (Brain Computer Interface) on her head. 64 PCB’s each having 16 sensors on them – in total 1024 channels. Therefore we can measure brain activity in a really high resolution.

The BCI records the brain waves – when the wearer is neutral, stressed or in meditation for example – and the dress showcases this as each of the 64 actuators is connect to each of the 64 PCB’s on the head (the BCI). The dress is therefore data visualizing the data that we get from her brain signals.

The dress was showcased during Ars Electronica September 11-13, Linz, Austria